HomeNewsBamise: Medical Doctor Opens Up On How Arrested BRT Driver Wanted To...

Bamise: Medical Doctor Opens Up On How Arrested BRT Driver Wanted To Rape Her Inside Bus 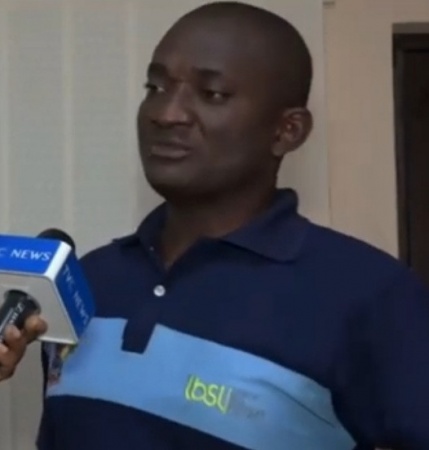 A medical doctor, Onyinyechi Anoke, has narrated how she escaped being raped by Nice Omininikoron, the driver of the Bus Rapid Transit vehicle remanded over the murder of a passenger, Oluwabamise Ayanwola.

The doctor is the second lady accusing Nice, who was remanded in prison on Friday, of rape after the death of Bamise.

The narratives of the medical doctor and a former salesgirl, who spoke exclusively with The PUNCH, are similar to the late Bamise’s revelation in the text and audio chats the deceased sent to her friend after sensing danger inside Nice’s BRT.

However, despite the revelations, the Lagos State Police Command and Lagos State Government are yet to make any official statements on the fresh accusations.

The state government and police had earlier been alleged of a cover-up by a Senior Advocate of Nigeria, Ebun Adegboruwa.

Anoke explained that the incident happened in December 2021, one month after Nice allegedly raped a former salesgirl in Lagos.

The medical doctor presented a call log showing Nice’s confirmation that she didn’t give him a fake phone number.

Anoke, who is in her late 20s, said she was going home after visiting a friend on the day she had an encounter with the BRT driver.

She narrated, “He (referring to Andrew) talked about spending the night with him, and all the nonsense, but I politely deflected with the excuse that I’ve already stayed out much later than agreed and my parents were calling me, but that I could see him the next day, or even spend the entire weekend (weekend I would already be in Asaba).

“It’s actually not funny. From the conversation he said his name was Andrew, he doesn’t usually ply that route, that he’s more on the Island, and lives in Sagamu and would most likely not see me again, that I’m scamming him.

“By this time, he had gotten to the next bus stop, still refused to pick anybody, instead moved ahead a bit and parked, and put out the bus lights. There was stark darkness within, though the street lights illuminated the surroundings so I could see people but no one could see me.

“How do I signal these passers-by for help? Everywhere was still tightly locked in all of this so all conversations were contained within. He said we should move to the back row and talk better.

“My body language kept speaking unease, and I kept looking at my wrist watch signalling to him that I was late and we could meet earlier the next day, anywhere he wanted and talk as long as he wanted.

“By this time, he had already collected my phone numbers (yeah, he ensured to collect the 2 lines he saw on my phone, dialed both to ensure I wasn’t giving him wrong numbers and saw them ring). As earlier said, my best bet at safety was to go with the flow, while strategising for better options, and so I did.

“Baba dragged me by the hands, and as usual I didn’t struggle but followed him to the back row. By now it was established in my head that this is most likely going to end as an attempted but failed rape case (I didn’t even think for a second that it was going to be successful.

“My fight response was on a high and I racked my brain for all the possible things I could do to temporarily subdue him and be hitting the bus till people from outside noticed me.

“I’d had three such previous attempts in younger years and God somehow always helped me escape untouched from those locked rooms so he wouldn’t allow this infidel to do this now. I would rather die than let it happen (though the picture in my head was more of me harming him with his weapon if he brought out any).

“I had a feeling he might stab me and I kept looking out for any attempts of him bringing out a pocket knife and how I was going to struggle for and collect it (blame too much crime and thriller novels).

“As he made to run his hands on my body indiscriminately, I subtly pushed him away, curled into myself and used my elbow as a wedge. He flared up, saying if I said I liked him just like he liked me, why am I resisting.

“I told him I’m just anxious to get home already that’s why not because I didn’t like him. He just kept acting weird and looking outside in one direction most of the time. Guess he was looking out for someone or something.

“After a while, he got frustrated and moved back to his driver seat and continued the journey. As he just moved, my mom’s call came in coincidentally, and I ensured to put it on speaker, tell her which bus stop we just left and that I would be home in about five minutes. He drove in silence for the rest of the trip until we got to my bus stop and he opened the door and decided to pick passengers.”

Narrating her ordeal to The PUNCH on Thursday, the lady accused the 47-year-old of raping her on the BRT bus.

The female victim accused Omininikoron of raping her on November 25, 2021, sharing a similar narrative with Bamise’s saga.

The former salesgirl at a shop in Ajah said after she closed from work around 8 pm, she boarded the BRT bus driven by the suspect.

The driver was to convey her from the Alesh Bus Stop in Ajah, to Jakande, along the Lekki-Epe Expressway, when things took another dimension.

The victim said she could not call for help because Omininikoron parked the bus at a desolate location, adding that he refused to let her go after allegedly raping her.

She also claimed that Nice threatened to stab her.

A statement of account provided by the victim confirmed Omininikoron sent N3,000 to her on November 25, 2021.

A video clip of her torn clothes was also seen by our correspondent.

Bamise Ayanwola got missing while returning to Ota from Ajah on Saturday, February 26 after she boarded a BRT bus with number 240257 going to Oshodi at about 7 p.m. at Chevron Bus-Stop.

She worked as a Fashion Designer at Chevron Estate, Ajah and spent weekends at Ota, Ogun State, with her sister.

Sensing danger as the bus did not pick any other passenger at subsequent bus stops, Oluwabamise had engaged a friend using voice notes on her phone.

The voice notes showed that the bus driver said he liked Oluwabamise and asked for her name and other details.

She told her friend to pray for her as she became suspicious of the bus driver and in response, the friend told her to alight at Oworonsoki bus stop — before Oshodi bus stop.

Oluwabamise had also sent a video to her friend showing how dark it was in the bus and said, “There are three men and one woman in the bus. The woman is sitting at the back. That’s the number of the bus in case. Please pray for me.’’

That was the last that was heard from Oluwabamise, according to her relatives.