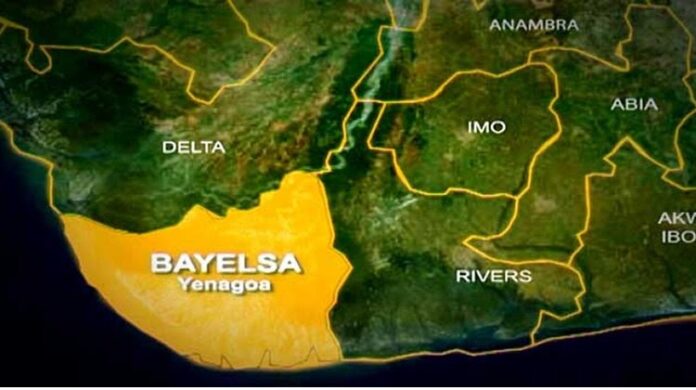 The Bayelsa West Youth Congress has said that a group of politicians and their cronies are deliberately twisting history to confuse and create needless tension among the good people of the Senatorial District on a purported zoning arrangement in the area.

The National Coordinator of the Group, Comrade Ebide Brown said in a statement on Tuesday that what had happened over the years is a healthy contest of political parties pairing up candidates with the potential to win elections in the two local government councils making up the district.

He lamented that the whole noise about zoning is a mischievous attempt by a group of politicians to make a sacrilegious attempt to disenfranchise Senator Henry Seriake Dickson from participating in the next election.

Ebide Brown who traced the history of Electoral contest in the Senatorial district from 1999 said that there has been zoning of the positions in the district.

He recalled that in the contest for the first elections in District in 1999, Senator Emmanuel Diffa and AVM Larry Koinyan all came all from Sagbama while the Candidate for the House of Representatives candidate, Chief Clement Andie, from Sagbama win the election.

He recalled that in 2003 Chief JK Brambaifa, (PDP) Sen. Emmanuel Difa- SALGA (PDP), all from Sagbama, Chief (Barr) Ebikake Abeke- EKELGA ( PDP)contested the Senatorial election which was eventually won by Senator Brambaifa while Chief Enai who was PDP flag bearer to the House of Reps won dressing that there was zoning.

He stated further that Senator Heineken Lokpobiri from Ekeremor wouldn’t have contested for the third term against Foster Ogola from Sagbama in 2015 in violation of the terms of the purported agreement.

He recalled further that even in 2019,
Captain Karimo contested against Foster Ogola. Both men are from
Sagbama. He stressed that under a respected government the APC wouldn’t have fielded a candidate against a Sagbama Senatorial candidate since Hon Fred Agbedi, an Ekeremor man was already in the House of Rep

He argued further that Senator Lawrence Ewhrudjakpo (Sagbama) contested against Captain Karimo of the APC, another Sagbama politician under the platform of the APC.

Ebide Brown noted that if there were a serious zoning political arrangement, the APC whose members and a handful of PDP saboteurs who are insisting on zoning wouldn’t have sponsored Hon Peremobowei Ebebi against Senator Dickson in 2020.

Ebebi wondered what would have happened to the purported zoning arrangement if Ebebi had defeated Senator Dickson in the heavily contested election where Ebebi polled over 20000 votes!

He urged Bayelsans and well-meaning Nigerians to ignore the mischief designed to hand over the Senatorial District to the APC.

He said that serious minded politicians with the right credentials go for campaign and not blackmail.

Ebide recalled that Ekeremor political leaders agreed unanimously to contribute the money for the expression of interest and nomination forms for Senator Dickson because of his record of perform, the merit of his brand of representation and proven love for the people over the years.