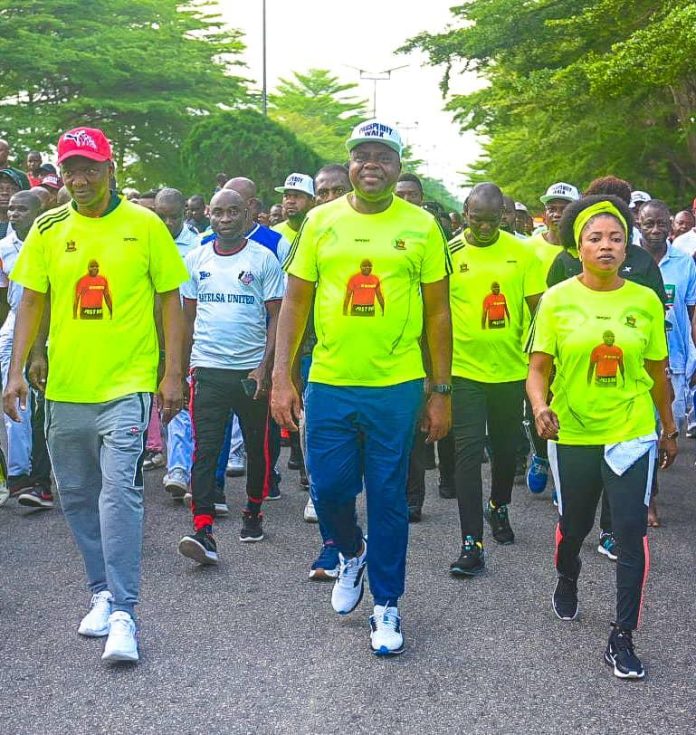 Bayelsa State Governor, Senator Douye Diri, has advocated physical fitness as a way of enhancing productivity in the workplace.

Governor Diri gave the advice on Thursday at the maiden Weekky Prosperity Walk started by his administration for his appointees and civil servants in the state.

The five-kilometre walk, which took off from the Berger Junction at 6.30am and terminated at the Samson Siasia Sports Complex in Yenagoa, the state capital, also had his wife, Dr. Gloria Diri, his deputy, Senator Lawrence Ewhrudjakpo, government functionaries and civil servants as participants. 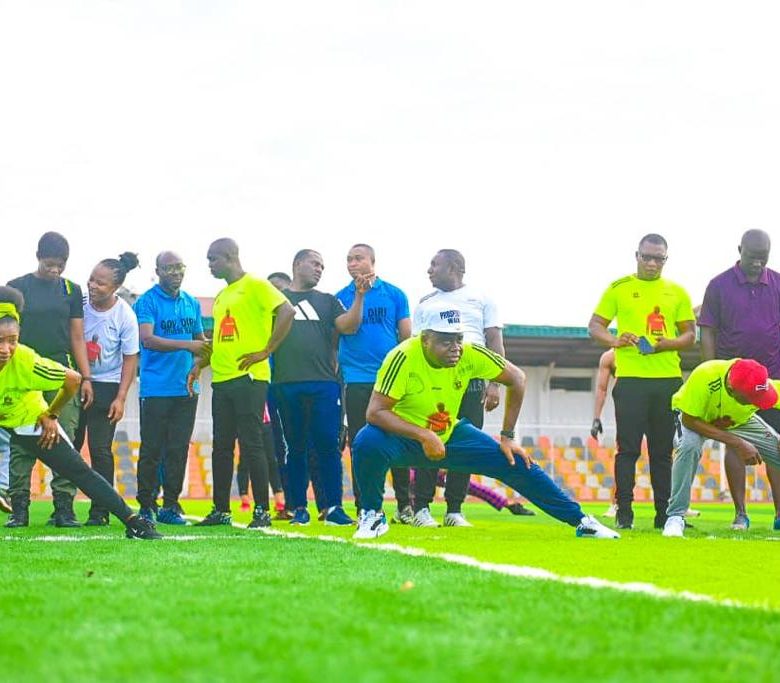 Speaking to journalists at the end of the exercise, the Bayelsa helmsman said his administration’s prosperity mantra was not only about wealth creation or a better economy for the state but also about the health and wellbeing of the people.

The governor in a statement by his Chief Press Secretary, Mr. Daniel Alabrah, described the turnout as encouraging and that the walk was open to all residents of the state.

He directed that a similar fitness exercise be started in the eight local government areas to be coordinated by the deputy governor.

He said: “Ours is a government of prosperity and that means you have to prosper on all angles – your pockets, economy, your health and physical fitness.

“Not only do we preach prosperity, we are now showing it. So I want to thank all of you who turned up for the maiden exercise. We are going to have another one next Thursday.

“This first edition is very encouraging. It is not only for government officials. It is indeed for all citizens of Bayelsa and those residents in Yenagoa.”

He noted that although the government introduced the weekly fitness exercise for its officials, individuals needed to take it a step further by doing it at least three days a week, which he said would prevent routine illnesses.

The governor attributed lack of regular exercise to some cases of sudden death and cardiac arrest, which he noted could be averted by exercising.

“While the government has introduced one day every week, I like to also advise you to introduce for yourselves additional two more days to make it at least three times a week. 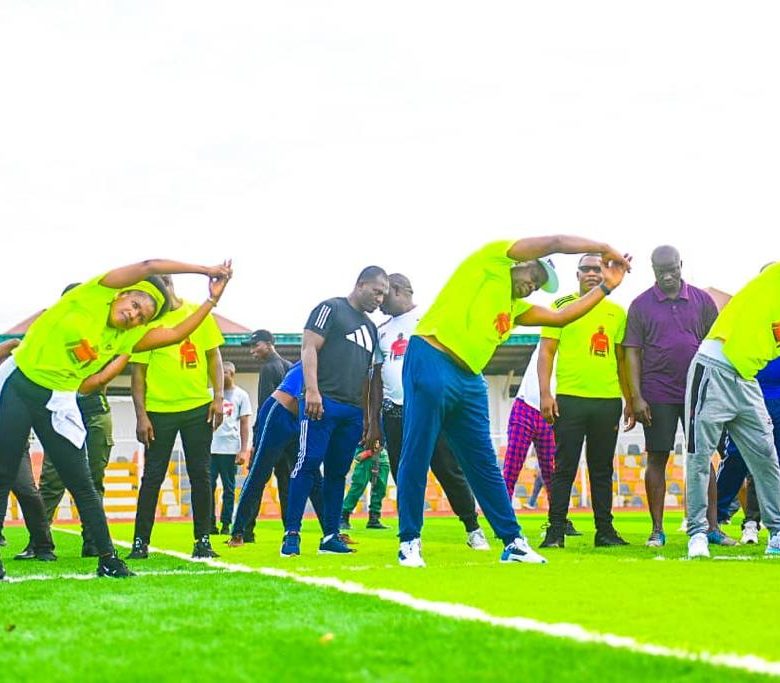 “That would take off illnesses easily without spending money in the hospital. We have recorded a lot of deaths as a result of people that do not exercise and they attribute it traditionally to witchcraft.

“So exercise is actually the medicine that you need and we are introducing it to all Bayelsans,” he said.

As a member of the House of Representatives, the governor had sponsored a bill on compulsory exercise and physical fitness for all Nigerians, which however did not scale through.