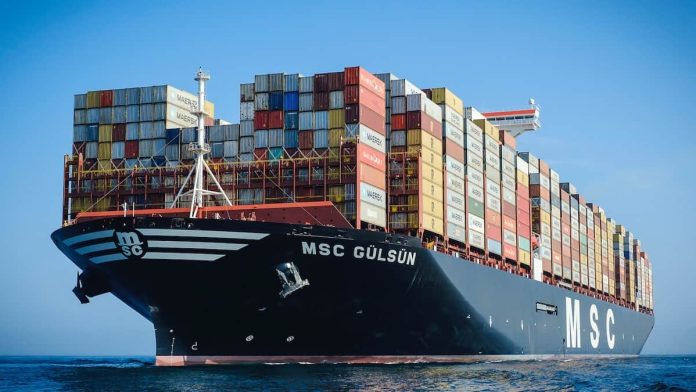 European owners of vessels are pleading with the Federal Government and the relevant security agencies to release a vessel arrested for drug related issue, MV Karteria

The vessel owners called on the National Drugs Law Enforcement Agency, the Navy and the Office of the Attorney General to give the deserved attention to the issue of the detained vessel.

A Source said that the vessel owners have fulfilled all the requirements for its release and are calling on the Honourable Attorney General, the Chief of Naval Staff and the Chairman of the National Drugs Law Enforcement Agency to use their good offices to release the vessel.

The ship and its 20-crew members were detained by the Nigerian Navy for allegedly dealing in cocaine, pending investigation or criminal prosecution by the National Drug Law Enforcement Agency.

But following an agreement by all the parties and a letter of undertaking from an insurance firm, Standard Club, Ireland, dated January 12, 2022, Justice C. Aneke on January 14 delivered a consent judgment directing the navy to release the vessel.

The crew members were also granted bail sequel to an undertaking by the international insurance firm to pay the FG $800,000 including interest and cost, if they failed to show up for trial.

The court said, “That pursuant to the court order of November 18, 2021, directing the National Drug Enforcement Agency to furnish this honourable court with the progress of investigation regarding the above vessel, the court is hereby notified of the agreement by parties for the release of the vessel, MV Karteria on a mutually agreed bond of $2mn only to be secured by a letter of undertaking from an internationally recognised institution of repute.

“That the letter of undertaking from Standard Club Ireland DAC dated January 12, 2022, acceptable to the applicant is hereby attached as exhibit NDLEA.

“Upon reading through the said application and after hearing F. Dinneys Esq., counsel for the applicant moved in terms and O. Atoyebi, SAN, with D. Aina Esq for the vessel not objecting to the application, it is hereby ordered as follows: That the plaintiff application dated January 13, 2022, and filed on January 14, 2022, for the release of the vessel MV Karteria, which was attached on the orders of Honourable A. L. Allagoa, on November 18, 2021, upon the consent of the parties, is hereby granted as prayed.”

However, findings revealed that the vessel was still being held by the naval authorities despite a letter from the NDLEA stating that a directive had been issued to the Navy to release the ship.

The NDLEA Assistant Director of Prosecution, Theresa Asuquo, had in a letter dated January 31 addressed to Atoyebi, said a letter had been sent to the Navy and a directive issued to the commander of the agency’s special area command in Apapa Port to liaise with the Nigerian Navy to release the vessel.

But the NN spokesman, Commodore Adedotun Ayo-Vaughan, said the matter was being handled by the Minister of Justice, Abubakar Malami, SAN.

He said, “The Navy legal department said the case has been transferred to the office of the Honourable Attorney-General of the Federation; he is handling the matter.

“The Navy has no hand in the matter. A meeting was called by the Director of Public Prosecution of the Federation and attended by NDLEA and the justice ministry. We are waiting to be informed about the decision reached the meeting.” A senior ministry official confirmed that the vessel has not been released.

Investigation revealed that the Navy decided to halt the process of the release of the vessel because it thought the $2 million bond for the vessel was deposited in a European bank.

However, findings at the Ministry of Justice revealed that Navy acted in the interest of the country by insisting that the bond money be kept in a bank within the country.

The source said that the Navy in its assessment of the situation mistook the,!Standard Club, Ireland, the insurance firm for a bank.

The source noted that once the NDLEA writes to clear the atmosphere of doubt about the bond deposit, Nigeria will release the vessel in accordance with standard procedure.

“We plead with the government of Nigeria to release the ship. What they have done by seizing the ship is in order but since we have agreed to indemnify the FG for the ship and the crew, this agreement should be honoured as directed by the court.” he pleaded.