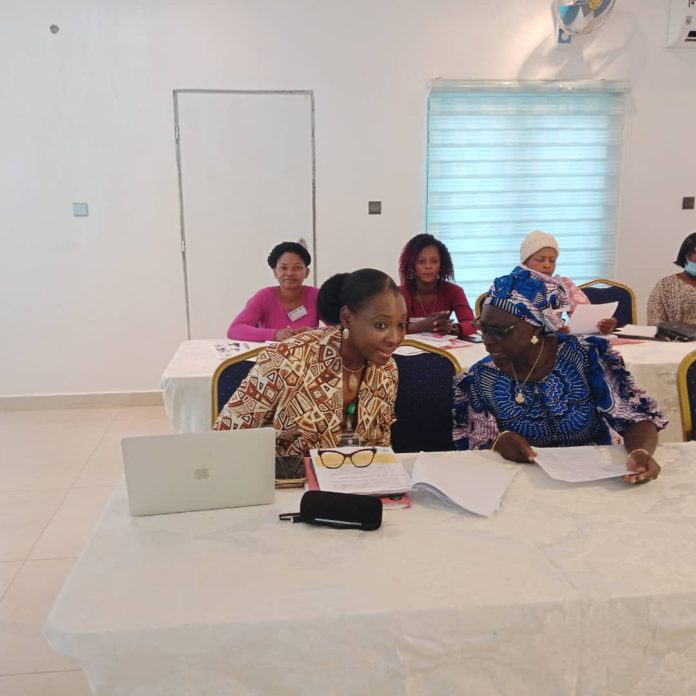 The Tabitha Cumi Foundation, an NGO, is embarking on a three-day training for gender champions called `Amintacces and Mama-Yaras’ on how to provide psychosocial support to survivors of Gender Based Violence (GBV).

Mrs. Tayo Erinle, the Executive Director of the Organisation, made this known at a Capacity Building Training for Flashlight Actions on Girls Safety (FLAGS) Project Safe Space Coordinators in Abuja on Wednesday.

Erinle said that the FLAGS was a three year project, which commenced from May 2021 to end in May 2024 and funded by UN Trust Fund to End Violence Against Women and Girls implemented by the foundation.

She said the project was aimed at supporting 750 marginalised out-of-school girls from the ages of 10 to 19 in 10 communities of the FCT, Nasarawa and Niger states to be better informed on gender-based violence and linked to multi-sectoral response services in the COVID-19 context.

“On this project, we are setting up 30 safe spaces in 10 communities to work directly with 750 girls and in the community we need gender champions.

“People who will be trained on how to prevent and respond to GBV. We need people who had been taught how to provide psychosocial support to survivors.

“This is because ideally in the communities you blame rather than try to understand the girls’ perspective. The response is not usually in terms of the law.

“It is usually in terms of local settlement that leaves the girl  out from carrying the burden and the pain while settlement is done, ‘’she said.

The executive director said that the project would establish 30 safe spaces for learning in the implementation communities facilitated by Learning Space facilitators (Amintacces) and Cluster coordinators (Mama-Yara).

She said that the essence was to use an easy-to-read GBV curriculum to increase participant’s knowledge and understanding of the concept of safe space, GBV, community support and engagement, referral pathways and human rights.

“They will maintain confidentiality and will also flag up cases that need to be flagged up for medical attention, justice and access to multi-sectoral services to support the girls.

“They have gone through written and verbal text to understand the intricacies of GBV, community engagement and support.

“So we are not looking at the 750 girls, we are looking at thousands of girls that will be indirectly affected by what is happening.

One of the trainees, Mrs. Rachael Olaniyi, representing Garam community in Niger State, said the essence of the safe space was for the girl-child to have an environment where she could speak out her burden.

She encouraged those abused to speak out as usually, most abused persons became so burdened for failure to report and might eventually lead to death.

“We have financial, physical, emotional abuse, so she should be able to express all these abuses in a safe space.

“I am an ‘amintacce’, someone you can confide in, share your burden with.

“I should be friendly with my learners and in the course of being friendly, they can find confidence in me, they can relate  with me well.

“The project will be effective because every average Nigerian woman experience abuse in one way or the other and many at times they don’t say it,” she said.

Mrs. Christiana Okoro, representing Durumi/Mpape Community said her role would impact on the lives of the children who had been suffering from GBV.

“Safe space as an amintaccee is an environment given an opportunity for the girls to express themselves when in pain or agony.

“My role is to impact the children, educate them and encourage them that they need to speak up and not afraid of anybody when violated,” she said. (NAN)