“This man used to cut my hair: That’s what happened to me,” Nona Hendryx of Labelle told the crowd at NJPAC in Newark, March 18, speaking of George Clinton and his original profession, hairdressing. “I haven’t been the same since.”

Hendryx, who has sported wild clothes and hair throughout her career, including this night (see photo above), then sang one of Clinton’s classic songs, “Red Hot Mama,” with the Roots and “Tonight Show Starring Jimmy Fallon” drummer Questlove keeping the beat. Guests who appeared later on in the concert — an 80th birthday celebration for Clinton, featuring him and the current version of his long-running and constantly evolving Parliament-Funkadelic Band — included Ice-T, Treach (of Naughty by Nature) and Eric B. (of Eric B & Rakim), who all helped out on an epic version “Atomic Dog” (see video below).
Living Color guitarist Vernon Reid had also been scheduled to appear. “The virus got Vernon, so he couldn’t make it,” Hendryx told the crowd. “But he sends his funk love to you.” 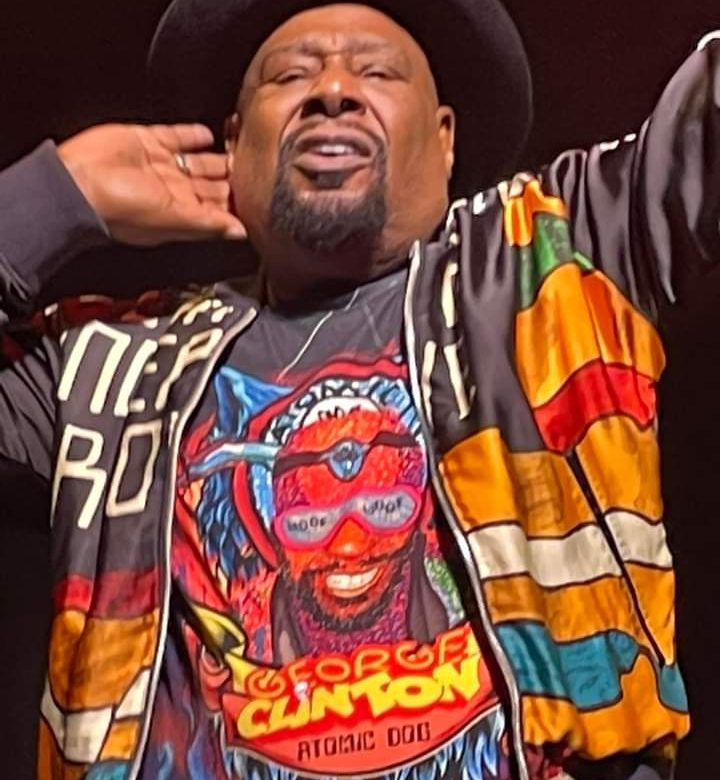 It was a wild, two-hour show, after which dancing continued, with the help of a DJ, in the NJPAC lobby. The group performed one classic after another — including “Give Up the Funk (Tear the Roof Off the Sucker),” “One Nation Under a Groove,” “Up for the Down Stroke,” “Flash Light,” “Pole Power” and “(Not Just Knee Deep).” Guitarist Michael Hampton took over for the group’s landmark guitar explosion, “Maggot Brain” (see video below), saxophonist Greg Thomas led the crowd in a jazzy call-and-response interlude. 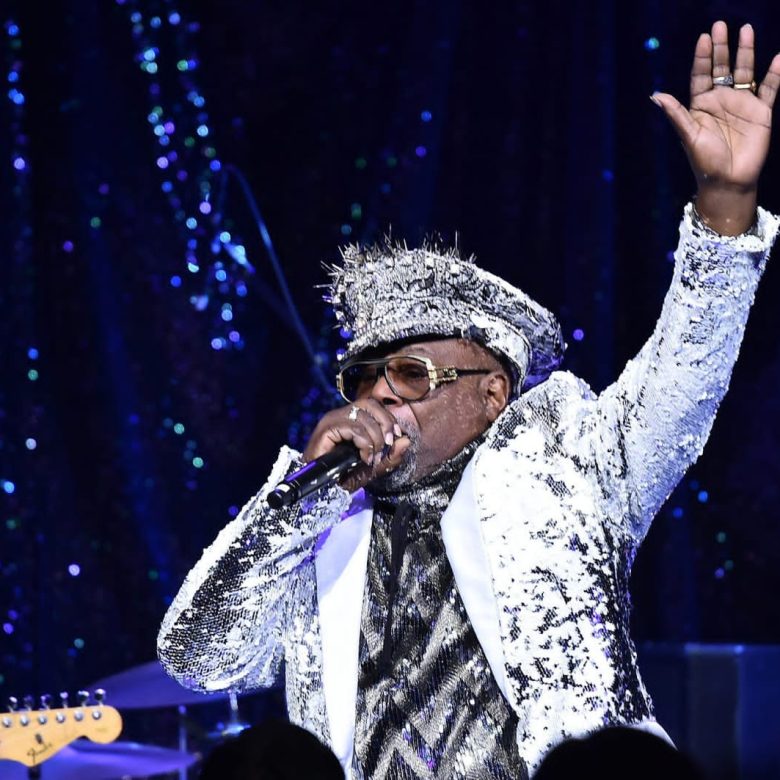 Instrumentalists, singers and rappers came and went — there could have been anywhere from just a few musicians to close to 20 onstage at any point — with Clinton sometimes taking center stage, but often hanging back and watching his multi-generational ensemble groove, like the proud patriarch he is. Some songs appeared only in snippets; others merged together without a pause, making the show feel like one long jam rather than a collection of separate songs.

The phrase “controlled chaos” has often been used to describe a P-Funk’s show, and 50 or so years after the group coalesced into a major force in the funk world (and a hugely important early influence on hip-hop), it still applies.

It was a busy week for Clinton, who was born in North Carolina but grew up in New Jersey. The music room at his old Newark elementary school was re-named the George Clinton Music Room, and a street in Plainfield — where the band also has deep roots — was renamed Parliament Funkadelic Way. He actually turned 80 last year — all this recognition was delayed because of the pandemic — but somehow still gives off a vibe of youthful mischievousness, and seemed to be enjoy all the week’s proceedings immensely.

Clinton and Parliament-Funkadelic will continue touring at least into the summer, with shows including Central Park SummerStage in New York, June 15, and The Fillmore in Philadelphia, July 8. For information, visit georgeclinton.com.

Previous articleHow Teenager Murdered Kano Housewife In Front Of Her Children
Next articleNigeria: INEC to Release Guidelines for 2023 Elections By April – Official

May 18, 2022
Previous articleHow Teenager Murdered Kano Housewife In Front Of Her Children
Next articleNigeria: INEC to Release Guidelines for 2023 Elections By April – Official