HomeEducationMoral Decadence: Stakeholders Want Parent To Rise To Their Responsibilities

Moral Decadence: Stakeholders Want Parent To Rise To Their Responsibilities 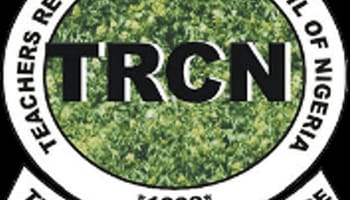 Education stakeholders have continued to blame poor parenting for the moral decadence threatening to destroy youths in the country.

The stakeholders spoke during a radio virtual discussion on the topic ‘Growing Moral Decadence in Classrooms and the Blame Game,’ on Friday.

They blamed parents for relegating parenting to house helps and teachers.

The Registrar, Teachers’ Registration Council of Nigeria (TRCN), Prof. Josiah Ajiboye, who was a guest at the programme, said that modern days parents have failed in providing their children with the support and guidance needed for their proper growth and development.

Ajiboye advised parents to do better in raising morally-sound children.

He also frowned at the idea of parents shipping their children to schools and hoping that the teacher would perform some miracle.

According to him, there is no school equal to a decent home, and no teacher equal to a factual parent.

He urged all parents to stand up to the responsibility of taking care of their children, maintaining that no parents should bring a child into the world if they are not ready to take care of it.

Ajiboye also lamented that parents now became slaves to their children, while maintaining his strong belief in the efficacy of corporal punishment in putting children straight.

“I am a believer of the fact that if you spare the rod, you spoil the child. Children should be disciplined. Corporal punishment is allowed in schools. The law recognizes it”.

It is not for everybody. If we generally abandon the rod, what is happening now will be a child’s play to what will happen in the future”. he said.

However, Prof. Mopeola Omoegun, a Fellow of the Counselling Association of Nigeria, disagreed with Ajiboye on the issue of corporal punishment, adding that it has negative impact on the children.

While suggesting measures like denial and time out to help straighten a child, Omoegun spoke of the need for parents to begin early to teach the children sexuality education so as to enable them know and report when they are being violated.

She however added that children cannot approach their parents to discuss issues bothering them unless the parents create time for them and make them their best friends and confidants.

Also speaking, a public affairs analyst, Francesca Ogulade, lamented that the value system in recent times has shifted from hard work and integrity to inordinate pursuit of money, adding it is high time parents returned to teaching their children values such as dignity and integrity, and showing them the difference between right from wrong.