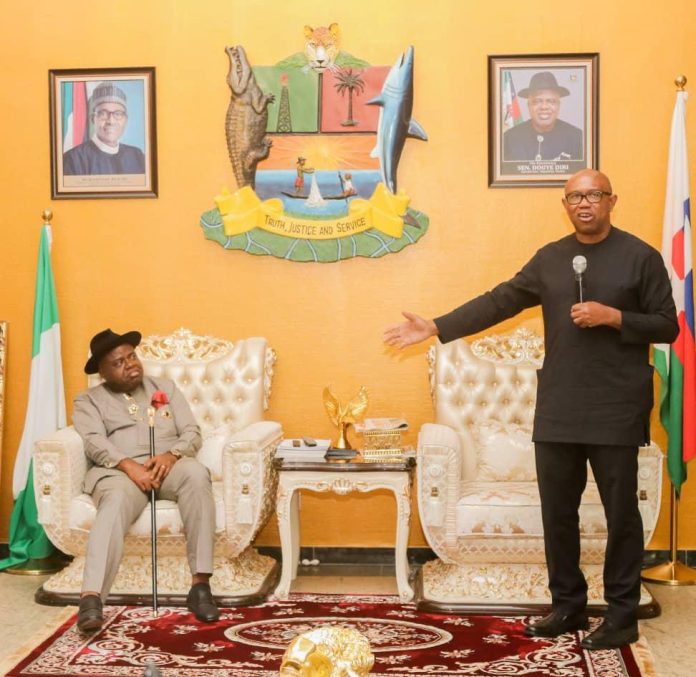 Presidential aspirant on the platform of the Peoples Democratic Party (PDP), Mr. Peter Obi, has said he is not desperate to be president but eager to see Nigeria work.

The two-term governor of Anambra State and vice presidential candidate of the PDP in 2019 stated this on Wednesday when he paid a courtesy visit to Governor Douye Diri at the Bayelsa State Government House in Yenagoa. 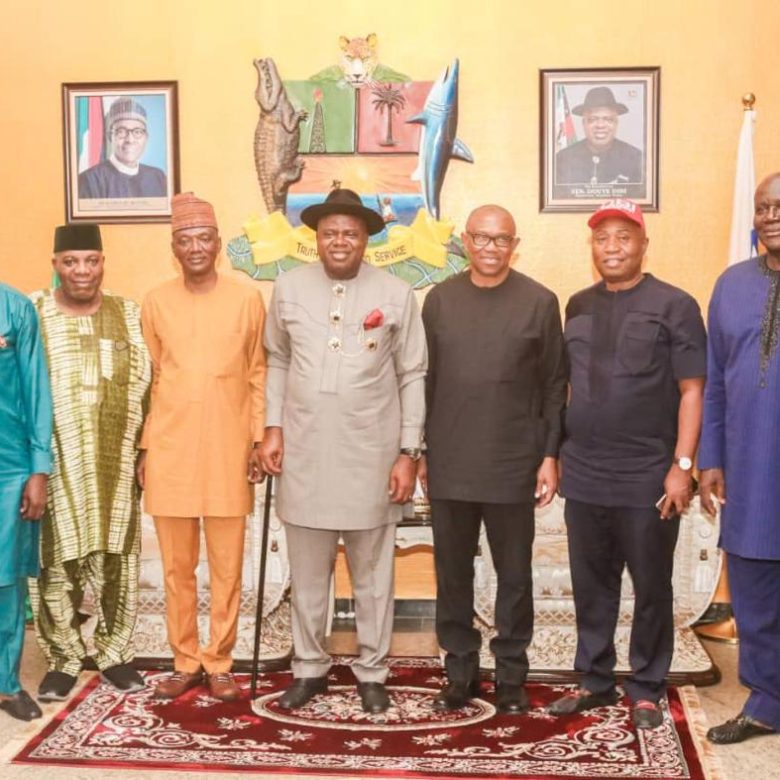 Obi said Nigeria was a great country with untapped potentialities, noting that he is desperate to move the nation away from a consumption economy to a productive one.

He stressed that Nigeria was not working because of its unproductive state, which he said was unacceptable to the nation’s young, intelligent and smart population.

The presidential hopeful, who reeled out the statistics of agricultural value chain to Nigeria’s economy as against oil revenue, decried the level of neglect of food production in the country.
Obi asserted that if elected Nigeria’s president, he would end the current oil revenue sharing formula and introduce a production formula, particularly in agriculture and ICT.

He said the $18bn Nigeria gets from oil monthly cannot be compared to Facebook or Twitter, which was just sold for $44bn.

His words: “I am aspiring to lead this country. For me, it is not a desperate aspiration but I am desperate to see Nigeria work.

“We cannot see our children, millions of young people that are smart and intelligent stay at home doing nothing and we keep quiet.

“I was in Niger State with 76,363sq km of land but the people cannot feed themselves and Nigeria. They are also exporting nothing.

“Whereas Netherlands is 33,100sq km of land, they are exporting agricultural materials of $120bn while we earn only $18bn from oil.

“All we do here is sharing formula. I want to stop it. We must have production formula. Let the people produce the oil and keep it. There are so many things people can do.”

Obi also condemned the incessant borrowing under the All Progressives Congress (APC)-led federal government, saying that in four years, the country had borrowed almost $100bn with nothing to show for it.

The presidential aspirant promised to change the country’s debt profile and lambasted the government at the centre for making excuses why Nigeria cannot work.

In his remarks, the Bayelsa Governor, Senator Douye Diri, said Obi proved his worth while he served as governor of Anambra, especially when he saved and handed over N75bn to his successor.

Diri said Nigeria needed well-equipped and knowledgeable people like Obi to rescue the country from those who have failed to fix it.

The Bayelsa helmsman emphasised that anyone voted to lead must take the responsibility of addressing the challenges inherited rather than putting the blame on previous administrations.

The governor commended the presidential aspirant for his bright ideas geared toward fixing the country.

Diri noted that the PDP had eminently qualified presidential aspirants cut out for the job than anyone the ruling party would present for the country’s exalted seat.

He said: “Indeed you cannot doubt it that Peter Obi has proved his worth as a two-term governor who handed over N75bn to his successor.

“Nigeria needs those who will rescue this country as it is going down and we all know it. So our country needs to be rescued from those giving excuses rather than fixing the problems and challenges. 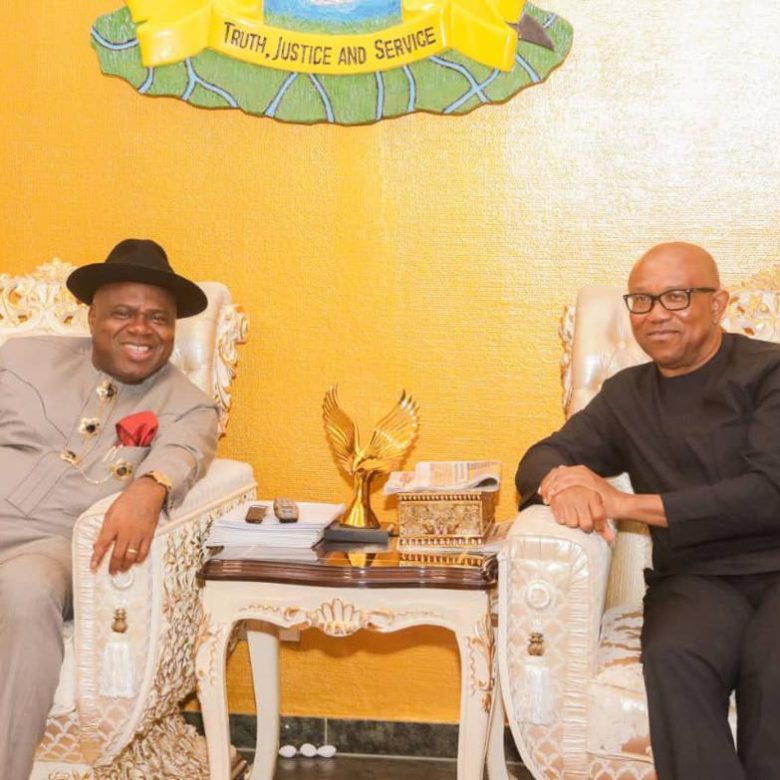 “Our party must unite. We have several of you (aspirants) well qualified. As you stated, anyone of you would be better than anyone from the other side. The experience, intellectual capacity and pedigree that you would bring to bear in correcting the wrongs and inability of the current serving government is not in doubt.”

Governor Diri restated the demand of governors of Southern Nigeria for power shift to the South for the purpose of equity and justice, and called on his colleagues from the North to reconsider their stance on the party’s ticket.