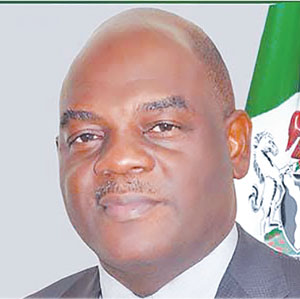 Echono made the call in Abuja when the Governor of Plateau State,Simon Lalong paid him a courtesy visit at the Fund’s Headquarters.

Echono said investments in creating entrepreneurs would go along way to curbing the menace of unemployment and consequently tackle the socio-economic problems prevalent in the country.

The TETFund Boss said that one of his primary goals was to make tertiary institutions a place to produce entrepreneurs noting that with the support of the federal government, TETFUND plans to reinforce the huge investments in the 13 new universities to fast track their rate of progress with a view to achieving the purpose of establishing them.

He said that the present administration of President Muhammadu Buhari had greatly given his full support to education adding that this was evident in the recent Presidential approval of upward review of Education Tax from 2percent to 2.5percent,which would enable TETFUND cope with increasing demands.

Echono expressed optimism that the education tax would likely increase to 3percent as the government hones in educational investment as this would go into expanding the frontiers of education.

“The increased tax would facilitate the implementation of more developmental projects in the education sector” he said.

The Executive Secretary expressed appreciation at the show of support from Governor Lalong, while pledging continued commitment to the development of tertiary education in the state.

In his remark ,Governor Simon Lalong lauded the fund for the numerous iconic projects dotting the tertiary institutions in plateau State, saying TETFund has now become a lifeline for the schools.

Lalong sought the continuity of the good work by the Fund expressing his appreciation for its contribution to the development of education in the state and the northern region at large.

He further expressed optimism that the newly appointed Executive Secretary of the Fund would keep up the good work of his predecessor, Prof. Elias Bogoro.

He assured Echono of his support in discharging his duties as the Chairman of the Northern Governors Forum, to make sure the Executive Secretary get the support of other northern governor’s.

The Director office of the Executive Secretary, Mr Uchendu Wogu noted that all the good works by TETFund as identified by the Governor ,were the the mandate of the agency ,which is obligatory to fulfill.

He expressed gratitude to the institutions in the State for their transparency in utilising their allocated funds while making it possible to attract more funds for the development of the institutions.